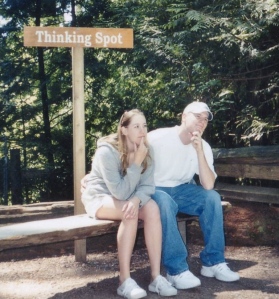 Need something stimulating to think about?

You could hardly go wrong with Brian McLaren’s new book, “A New Kind of Christianity.”

This book is certainly continuing to stir up not only healthy dialogue about important topics of faith, but also controversy in the Christian arena. It seems that there is very little middle-ground of opinion in regards to this book. People tend to either love it or hate it. And like it or not, in Christian circles this book looks to be THE “most talked-about” read of the year.

So, why endorse something that is the source of such controversy? Well, for several reasons:

1) WE NEED TO BE AWARE OF THE DISCUSSION.

Lots of people will be talking about this book and the questions that it raises. And make no mistake, they are important questions, no matter what you think are the correct answers. These are the questions of 21st century Christianity; questions of both those inside and outside the mainstream church today. Whether you realize it or not, you will be a part of this discussion. In fact, your voice will help shape this discussion.

And let me suggest that you actually read what is being stated by this intriguing side of the discussion. I have and will continue to read many disparaging comments and blogs about Brian McLaren’s view from people who disagree with his answers, which by the way is just part of the healthy dialogue. But, what is not healthy is that many of the people on the opposite side of the debate have not actually read McLaren’s books.

“That Brian McLaren has really gone off the deep end. I think he’s dangerous.”
“Have you read his book?”
“No, but I’ve heard he said such and such.”

Maybe we ought to be a bit more informed as we enter this discussion. Whether it is McLaren or MacArthur, maybe we should actually LISTEN to what they have to say and the context in which they say it before we criticize them. In fact, while you may disagree with either person in many areas, you may find some common ground as well. Or perhaps even more importantly, you may disagree with the conclusions, but may find a respectful appreciation for the spirit of the person and their questions.

In a recent interview, McLaren makes a case for this in responding to the way people easily dismiss his questions as “liberal” without considering his possibly more complex stance:

“I wouldn’t want to overlook the many ways in which my proposals differ from traditional liberal theology. My attitudes and commitments regarding Jesus, the Holy Spirit, scripture, spiritual experience, institutionalism, personal commitment and conversion, evangelism and discipleship, and many other subjects make many of my liberal friends think of me as conservative. Sometimes I wonder if evangelicals simply use the word “liberal” as a way to say, “Let’s stop listening to this person. He’s too different from us, and so is not worth our time and attention.” I hope that’s not the case, but sometimes, this is what I feel like when evangelicals use “the L word.”

Huh, maybe he’s not as crazy as people say. But, that’s not important. You don’t have to agree with McLaren, but maybe we should give him a fair-hearing (or rather reading). It may be that he is not as “off-the-deep-end” as we think. Or even if he is, that he is at least still committed to the best of his mental and reasoning ability to Jesus, if only incorrect.

2) WE NEED TO BE THINKERS

What I like best about this book is that it forces us to wrestle with concepts we take for granted and THINK. Controversy can only exist where people are seriously grasping and thinking and reasoning. And in that way, a healthy dose of controversy is probably very good for the modern church. 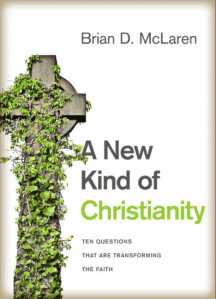 I work with high school students on a regular basis, and by far my greatest goal in my time with them is not to give them all the answers. Do I want them to have good answers? Of course. But more importantly, I want them to learn HOW to question, HOW to find good answers. I want to help them learn HOW to THINK. Many more questions will come up in their lives long after I am gone, and I’d rather they learned how to critically think about those questions sure-to-come in the future rather than just have some spoon-fed responses from me about the ones they are asking right now.

Ironically, many high schoolers I know are better at wrestling with questions and learning to think than a lot of adults. And maybe that is a bigger problem in our churches today than we’d care to admit. We just don’t think for ourselves. We’ve accepted long-held answers (many of which might be correct, by the way) to many old questions (some of which people aren’t asking anymore) without ever thinking it through ourselves. We are lazy. Lazy theologically. Lazy mentally.

This has direct consequences for our witness to the world. Because while we are busy being content with answers to questions we’ve never genuinely asked ourselves, the rest of the world is actively and honestly seeking answers. The church is irrelevant because by and large we can’t speak authentically to these questions. We appear to be a second-hand, consignment store of truth because we are primarily selling the “hand-me-down responses” of generations before us rather than doing the hard work of wrestling with the deeper questions and making sense of them in this time and context for ourselves.

While just the tip of the proverbial ice-berg, these questions alone go a long way in helping answer modern dilemmas such as human sexuality, the character of God, the purpose of Jesus, social justice, and other ethical considerations.

Some will agree with the conclusions of the author and others will not. But no matter what you think of McLaren’s answers, what is undisputable is that these questions need to be asked. Or rather, these questions are already being asked by many people (friends, family, co-workers) around us. McLaren is not by far the first person to ask these questions, but he is suggesting that rather than dismissing the people who ask them maybe we ought to spend some time struggling with them as well and as a community “led by the Spirit” recalibrating the answers to this time and in our current context.

“That’s why, in the end, I hope people will actually read the book with an open heart and mind. I’m not expecting that anyone will agree with everything — that’s not my point. But I am hoping that people will be stimulated to think, and maybe even to dream of better possibilities … so the Christianity of the future can continue to learn and grow and not simply repeat the past or be stuck in the present.”

Is it dangerous to read a book that challenges things that you believe and causes you to ask some rather unsettling questions about your core beliefs? Possibly. But far more dangerous for the church today is not reading these books and not asking these inquiries.

So go ahead and risk it. It’s okay to hang up the “under-construction: please come back later” sign on your theology for the weekend. Pick up the book and let it mess you up a little bit. Be okay to let the questions move you to a place of uncertainty for a while. Inhale the ambiguity and breathe deep the tension of inquisition.

It may be that once the smoke and fog has cleared you find yourself with some “real” answers. Or at the very least, a greater understanding & compassion for and a stronger, more respected voice into the life of seekers around you.

It could be the church will be healthier for the controversy.